← back to
Whirlwind Recordings
Get fresh music recommendations delivered to your inbox every Friday.
We've updated our Terms of Use. You can review the changes here.

'Forward in All Directions' - Album Trailer

Forward In All Directions 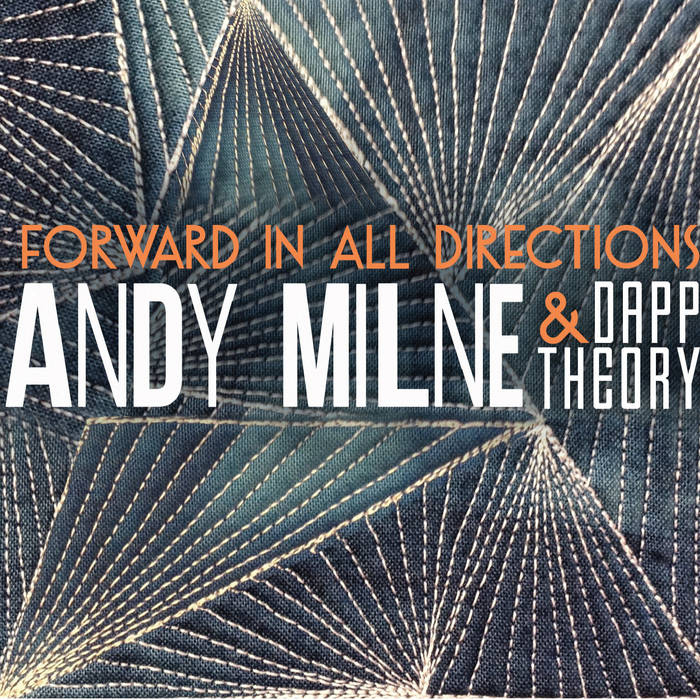 Forward In All Directions is the new album from Andy Milne & Dapp Theory and his first for Whirlwind Recordings. Produced by Grammy Award winner Jimmy Haslip and featuring guest performances from Ben Monder, Jean Baylor and Gretchen Parlato, the album is Dapp Theory's third release and marks the quintet's 15th anniversary, blending "contemporary funk, groove and hip hop into jazz," according to LA Weekly.

The title and the music reflect Milne’s diverse artistic vision. Forward In All Directions chronicles the journey Dapp Theory has taken in its 15 years. “It's a milestone, a celebration, and a reflection of the changing times for artists. My life as an artist, entrepreneur and educator requires me to move in all directions at all times and I derive joy in meeting this challenge.”

Milne’s compositions mirror this openness and draw upon the considerable strengths of his musicians. His band mates represent a litmus of what’s happening in the world of music today. “I’m blessed with musicians who genuinely inhabit a wide range of musical spaces that span the globe. They share an understanding and sensitivity of musical palettes ranging from Appalachian folk, traditional Armenian, heavy metal, funk, hip-hop, jazz, pop, and classical music.” Milne combined the talents of poet John Moon, saxophonist Aaron Kruziki, bassist Chris Tordini and drummer Kenny Grohowski, helping to re-draw and extend the boundaries of jazz. “It's a special group to me because everybody understands what I'm trying to do musically and they trust me.” In their 15 years the band has evolved and built a loyal following of fans who appreciate their indefinable sound, blending influences ranging from Joni Mitchell and KRS One to Thelonious Monk and Van Halen.

Forward In All Directions is the first Dapp Theory recording to feature music that Milne initially composed for other projects and later rearranged for this group. It's also the first recording to be guided by an outside producer from start to finish. When asked about working with Jimmy Haslip, founding member of The Yellowjackets, Milne said "Jimmy’s grounded and relaxed nature was essential in my completing this recording. His ears, instincts and resourcefulness were an amazing asset and his unrelenting support has made him an invaluable partner."

A seminal member of Steve Coleman’s groups in the 1990’s, Milne is considered by his peers as one of the most important and respected voices in jazz today. He is the recipient of numerous awards and commissions, including the prestigious Civitella Fellowship and New Jazz Works from Chamber Music America. Milne has composed and produced seven original film scores for acclaimed actor/director William Shatner. In 2012 Milne was commissioned by The Japan Foundation and New Music USA to create Strings and Serpents, a multi-disciplinary project featuring artists from Japan, France, Canada and the U.S with a premier at Lincoln Center.

"One of the most creative artists to emerge out of Steve Coleman’s M-Base collective, Andy Milne continues to extend the boundaries of jazz with his group Dapp Theory. The band’s latest disc, as on its prior releases, fuses elements of contemporary and traditional jazz with the rhythms and sensibilities of rock, rap, funk, spoken word and world musics."
The New York City Jazz Record

"As a member of saxophonist Steve Coleman’s groundbreaking M-Base collective back in the 90s, Andy Milne was one of the first keyboardists to adapt to the radical new rhythmic language then emerging in jazz. With his own group, the Toronto-born pianist has continued to explore this new frontier."
★★★★ The Irish Times

"Andy Milne was Steve Coleman’s pianist throughout the 1990s, and most tracks on this subtle and atmospheric CD bare the hallmark of the M-Base aesthetic... powerful off-kilter beats and latticework of lines..."
Financial Times

"The years of concentrated creative thought come through in the diamond-like density, polish and kaleidoscopic brilliance of the playing. Engrossingly multi-faceted experimental pieces reveal an unexpected degree of lyrical charm."
★★★★ The Arts Desk

"A work that places traditional jazz virtues next to a modern focus... dreamlike, space-creating interaction."
Sol

"Andy Milne state the intentions of his new album perfectly with the title 'Forward In All Directions'."
Saarbrücker-Zeitung

"His apprenticeship with Steve Coleman shimmers and is also heard in his openness to diverse styles from classic modern jazz to hip-hop to even distant folklore and rock. The ten compositions are like chapters in a book, logically sequential, multi-dimensional, deep in focus with sensual intensity. The vocal texts increase the urgency of the auditory image and recalls today's urban metropolises. This is music of great relevance with guitarist Ben Monder and vocalists Jean Baylor and Gretchen Parlato as guests."
Jazz thing

“An album that should propel Dapp Theory upwards.”
Drummer Magazine

"As a member of saxophonist Steve Coleman’s groundbreaking M-Base collective back in the 90s, Andy Milne was one of the first keyboardists to adapt to the radical new rhythmic language then emerging in jazz. With his own group, the Toronto-born pianist has continued to explore this new frontier."
★★★★ The Irish Times

“The influences are wide-ranging and extend beyond jazz to include classical, Appalachian folk, hip hop as well as Steve Coleman with whom Milne was a band member during the 1990s.”
UK Vibe

“Milne’s compositions reflect an openness that challenges the enormous capabilities of his musicians to their limits.”
Medien Info

“Forward in All Directions mixes contemporary funk, groove and hip hop with jazz… Dapp Theory stands as a prime example of what is happening today in the world of creative music.”
Rhein Main Magazine

"Fusion, true world music - no matter what you call it, Forward In All Directions actually works in all directions. A sophisticated, complex, never overloaded album sonically, musically and technically. Whether solo or composition, ANDY MILNE and the DAPP THEORY come up with an entirely harmonious work.”
Musikreviews Magazine

"From the percussive complexity and pressing, synthy urgency of opener Hopscotch to the Return To Forever-like wordless vocal balm of Katharsis, there is much to discover here. The distillation of the genres that the five members of Dapp Theory inhabit and are influenced by produces a new album of quite dazzling musicianship. Directed by pianist and keyboardist Andy Milne, Forward In All Directions primarily exudes jazz, rock, funk and hip-hop, with a dash of vocal poetry – yet this resulting program of Milne’s ten originals borders on the uncategorizable, such is the breadth of its creativity and eclecticism."
AP Reviews

"This is a band record rather than a parade of solos. Worth seeking out."
Marlbank

"Striking album... There’s a very pleasing mix of toughness and lyricism in this recording, brought together by producer Jimmy Haslip. The writing brings beauty, emotion and narrative to more cerebral M-Base patterns in a very satisfying way."
London Jazz

The Whilwind Artist Page for pianist and composer Andy Milne.

Bandcamp Daily  your guide to the world of Bandcamp